CASE HISTORY: Fiorini’s professional expertise at the service of the “shard of glass” 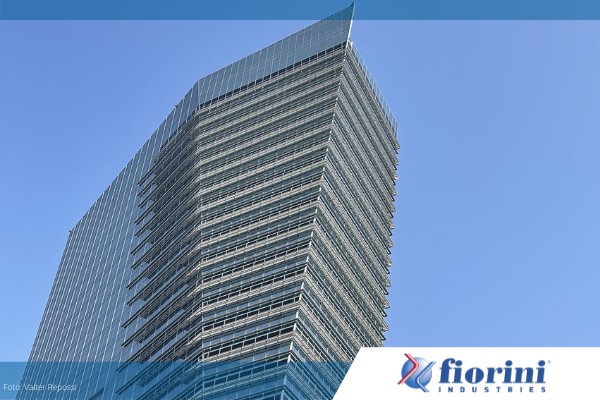 This is the nickname by which the brand-new and ultra-sustainable Gioia 22 tower is known, situated in the centre of Milan, is known

It is one of most visible symbols of the requalification process that has involved (and still involves) the Porta Nuova area in Milan. It is Gioia 22, the ultra-modern, 120-metre-tall, environmentally-sustainable tower.

The “shard of glass”, named after its particular shape, is, in fact, highly sustainable. It features over 6,000 m2 of photovoltaic panels, a triple-glazed façade which allows consumption to be kept to a minimum, and a groundwater system for heating and cooling.

And it is precisely in the central heating system, the heart of this building, built according to the Nearly Zero Energy standard that Fiorini has left its mark, by supplying the tanks which ensure the system is fully operational. 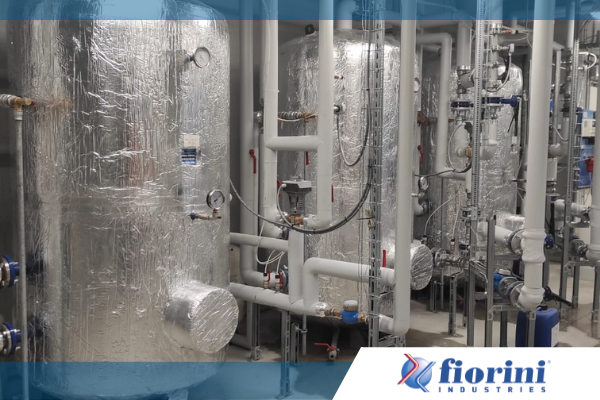 The building has a summer and winter HVAC system with spring air and chilled beams. The chilled beams are installed flush to the false ceiling and fed by a four-pipe unit, so the system can provide both heating and cooling at the same time.

In the summer, it makes use of direct cooling obtained from free cooling (without the use a cooling station). The position and the number of chilled beams allow flexibility for different layouts in open space configurations.

The secondary circuit distribution pumps operate at a variable speed, driven by inverters, so they adapt to the opening and closing status of the regulation valves on the two-way chilled beams. The primary air treatment units are located both in the technical rooms in the basement and on the roof. They are fitted with variable flow rate fans with a high-efficiency enthalpy rotary heat recovery unit.

The refrigeration fluids are generated by a central system with a reversible groundwater heat pump that supplies the office spaces and communal areas. The central heat pump supplies cold water and hot water at a low temperature.

Thanks to the expertise of ABC, Fiorini’s in-house Technology and Industrial Processes Business Unit, the company has contributed towards creating a project which is changing the face of the most innovative city in Italy.

In the next few years, other skyscrapers will follow in the footsteps of Gioia 22, and Fiorini, with the “shard of glass”, has earned a place on the cutting edge of this ambitious requalification programme.