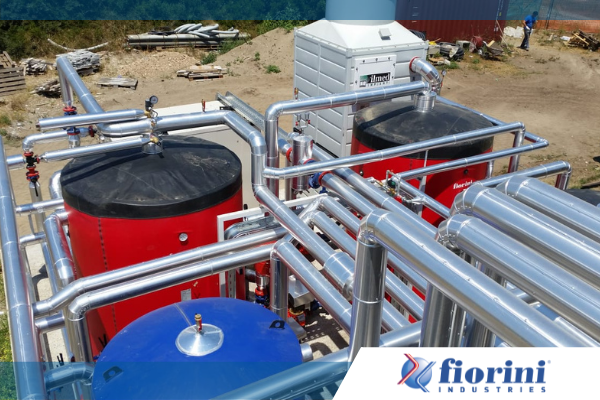 The design that puts the Sun at the centre of the building’s entire HVAC system.

Fiorini products have been chosen by Forte Michele, designer who has created a solar cooling system which will be used for the lunch room and accommodation of the 22nd Radar Group of the Air Force of Licola (NA).

Solar cooling is an innovative system, able to transform the heat collected from the solar panels into chilled water to be used for the summer HVAC of the buildings.

This type of system is constituted essentially of four components: vacuum solar panels, accumulation tank for the hot water, tank for the chilled water, absorption chiller or water cooler.

How does it work?
The solar panels capture the solar energy and produce hot water that is then stored in the tank. From here it will go to feed the absorption chiller. The hot water (that serves as an electrical current for a traditional compression cycle) feeds the chiller, which produces chilled water (stored in the tank at 7°C) for the conditioning of the building.

Now it is clear what role the Fiorini accumulator tanks and exchangers play in the “solar cooling” system created by Forte Michele. It is a 105 kW system, formed of a field constituted of 90 solar thermal system modules (approximately 337 m2) built on the roofs of the two buildings; one accumulation unit formed of 2 5,000 litre tanks (Made in Fiorini) and an absorber able to provide up to 105 Kw equipped with an evaporation tower. Additionally, a system of energy recovery is provided, which makes it possible, during the cold operation cycle of the machine, to convey and use the thermal energy that otherwise would be dissipated in the evaporation tower for the production of domestic hot water.

The Sun here is at the centre of everything.
And the reliability of the Fiorini products gravitates around it, following the orbit of economic savings, of green logics and of maximum energy efficiency.